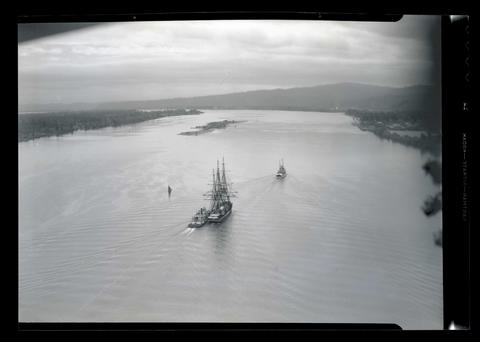 Aerial photograph showing the frigate USS Constitution (center), towed by the USS Grebe and accompanied by the tugboat Shaver, on the Columbia River near Puget Island, Washington, on Wednesday, August 2, 1933. The frigate and crew were en route to Portland for a three-week visit, from August 2 to August 22, 1933, as part of a national tour. Also see image Nos. 371N3702 and 371N3708.