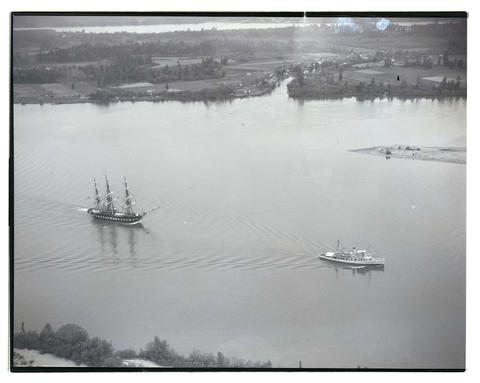 USS Constitution and USS Grebe under way on Columbia River near Wauna, Oregon?

Aerial photograph showing the frigate USS Constitution (left) being towed by its companion ship, the USS Grebe, in August 1933. The photograph was probably taken on August 2, 1933, while the ships were sailing on the Columbia River off Wauna, Oregon, and Puget Island, Washington, en route to Portland. The Constitution and its crew were in Portland from August 2 to August 22, 1933, as part of a national tour. Also see image Nos. 371N3702 and 371N3703.