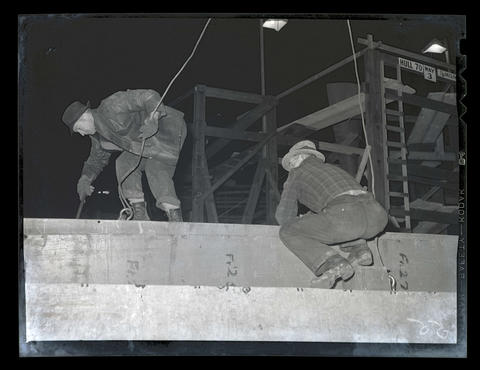 Photograph, taken at night, showing two unidentified men working outdoors at the Albina Engine & Machine Works shipyard in Portland. The worker at left is standing on what may be a ship under construction; he is holding a cable, bending over, and looking downward. The worker at right is crouched nearby, watching the worker at left. The number 55 is written on the negative and is visible in the lower right corner of the image. Information based on the following unverified note written on the negative sleeve: “Albina shipbuilding.” Image note: Photograph shows discoloration due to deterioration of the negative.