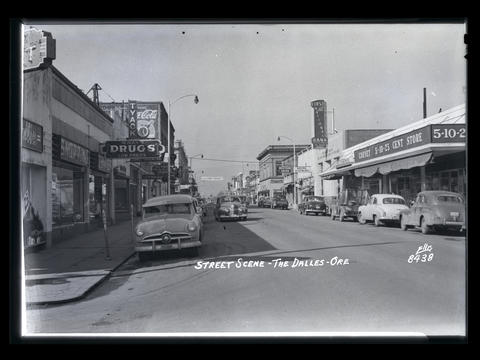 Negative of a photographic postcard showing a street scene in The Dalles, Oregon. Businesses line both sides of the street and signs are visible for the Cornet 5-10-25 Cent Store, First National Bank, Ray's Drugs, and more. Automobiles are parked along the street and one drives toward the camera. Handwriting on negative reads, "Street Scene - The Dalles, Ore. Ellis 8438." Handwritten note on envelope indicates this was taken in 1953.