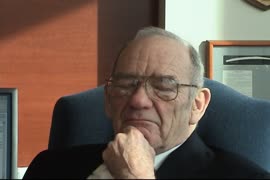 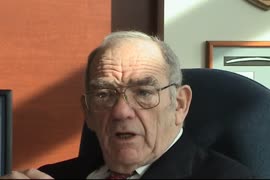 James "Jim" Anthony Redden was born in 1929 and grew up in Massachusetts. In 1946, while he was in high school, he enlisted in the U.S. Army, serving two years as a medic stationed in Japan, where he saw firsthand the effects of the bombing of Hiroshima. In 1951, he married Joan Johnson. After earning a high school diploma, he attended Boston College and Boston College Law School, where he graduated with a law degree in 1954. He practiced law in Massachusetts for a year, then came to Portland, Oregon, where he worked for various insurance companies before moving to Medford, Oregon, to build his own law firm. He was a Democrat who represented the 19th District in the Oregon House of Representatives from 1962 to 1969, serving as minority leader from 1967 to 1969. From 1970 to 1972, he was chairman of the Public Employee Relations Board. From 1973 to 1976, he was state treasurer, and then attorney general from 1977 to 1980, before he was appointed to the U.S. District Court by President Jimmy Carter in 1980. He served as chief justice from 1990 to 1995, whereupon he took senior status.

This oral history interview with James A. Redden was conducted by Michael O'Rourke in Redden's chambers at the U.S. District Court in Portland, Oregon, on January 27, 2006. In this interview, Redden discusses cases during his time as Oregon attorney general and as a U.S. District Court judge, including some involving treaties with Native Americans and fishing rights on the Columbia River, as well as the effects of the dams on salmon runs and other fisheries. He also discusses the history and impact of the U.S. District Court Historical Society; the war on terror, particularly the Patriot Act; and drug-related cases.

Incomplete transcript (25 pages) available for in-person use in the OHS Research Library.