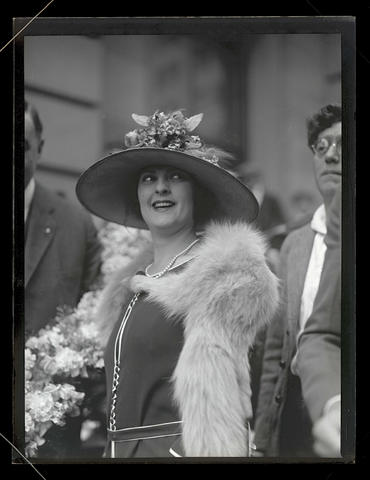 Photograph showing actress Priscilla Dean during a ceremony in which Portland Mayor George L. Baker presented her with a large floral key to the city. Dean is facing left, looking toward the right, and smiling. The photograph was taken at Sixth and Morrison in Portland on Monday, May 16, 1921, during a reception for Dean and others who were in town to film a movie. The Oregon Journal published a related image, No. 373G0009, and a story about the reception on Tuesday, May 17, 1921. Also see image Nos. 373G0005, 373G0008, and 379G0191.