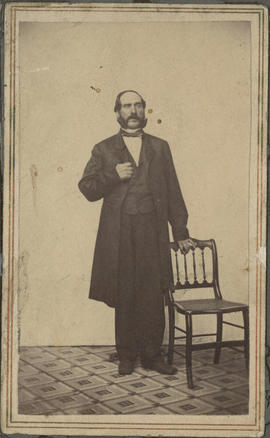 Robert Thomas Pentland, who was born in Newcastle, England, in 1820, and came to Oregon in 1845. He first lived in Oregon City, working at a grist mill owned by George Abernethy. He became business partners with Abernethy and Leander Holmes, owning property at Willamette Falls, and started what was then the largest flouring mill in Oregon Territory. At this time, he also was in partnership with Stephen Coffin, owning an interest in the first Portland water works company. After several devastating setbacks to his businesses, he removed to The Dalles in the early 1860s and started two flouring mills there.
He had married Jane Law (Lax?) in England before coming to the United States. She died in 1875, and he married Eliza E. Reynolds the year afterwards. They had triplets in October of 1877, one son and two daughters. In 1878, Pentland purchased the flouring mill in Scio, Linn County, and the family settled there. He died in Marion County in 1915. 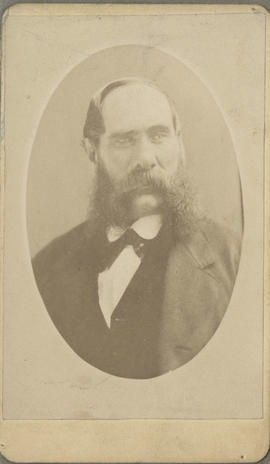