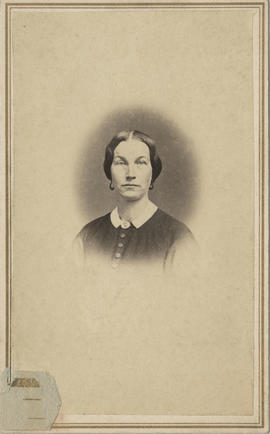 Irena Cox, born in 1826 in Vershire, Orange County, Vermont, to Daniel and Mary (Robinson) Cox. She married Hiram Bliss Parker in Vermont on June 3, 1848. They settled in Astoria in 1852, where he reportedly founded the first independent steamer service from Astoria to Portland, and was Clatsop County Sheriff from 1856-59. They had six children. She died in Astoria on October 27, 1897.