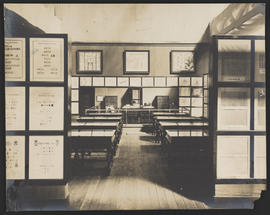 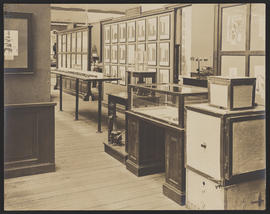 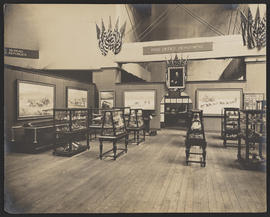 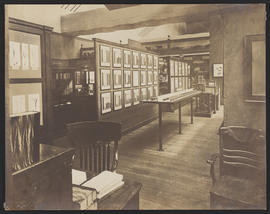 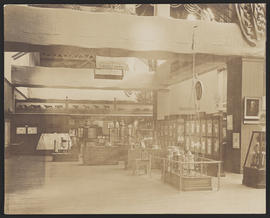 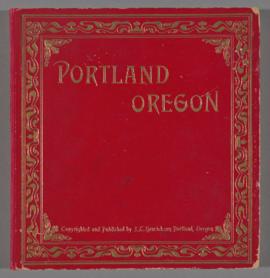 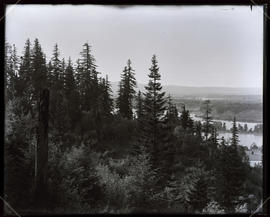 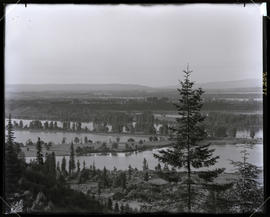 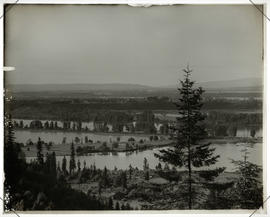 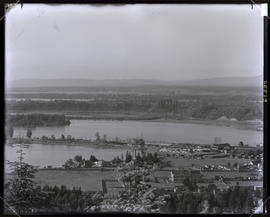 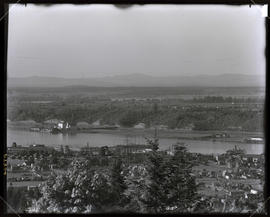 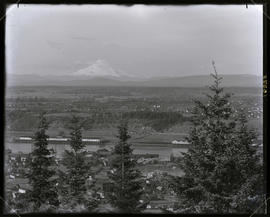 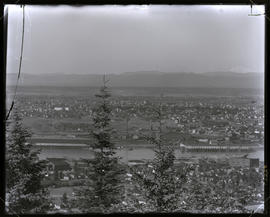 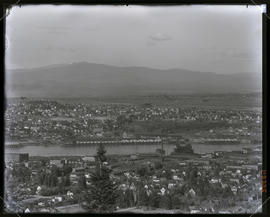 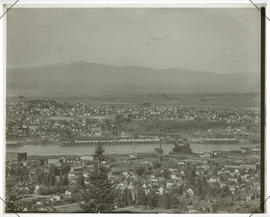 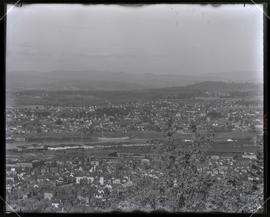 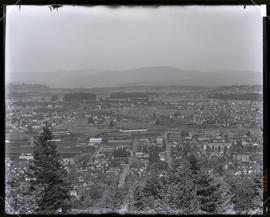 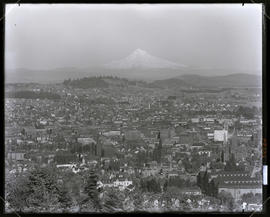 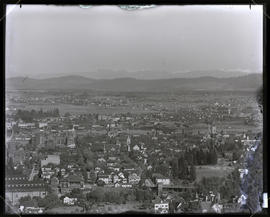 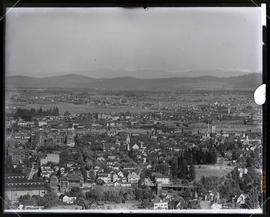 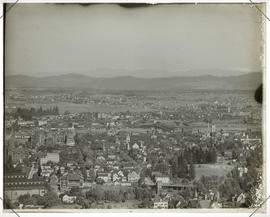 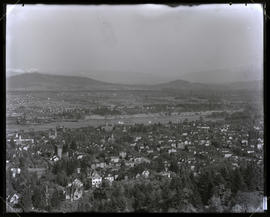 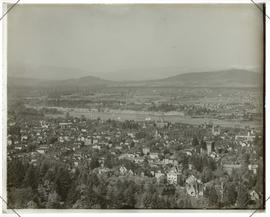 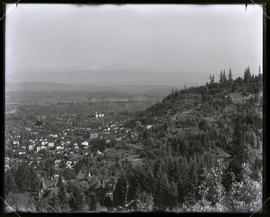 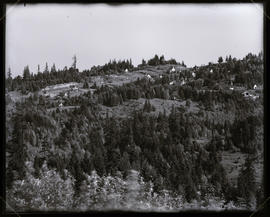 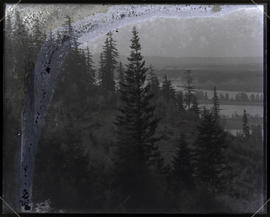 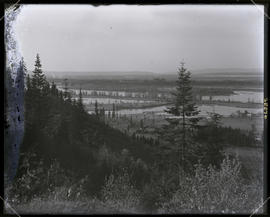 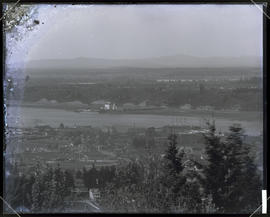 The collection contains 225 glass plate negative photographs taken by or attributed to Lars Christensen Henrichsen between 1895 and 1910, including the original negatives for his 1903 Portland panorama. Primary subjects depicted in the collection include the Portland skyline, Mount St. Helens, Mount Hood, the Lewis and Clark Centennial Exposition, the Oregon Coast, and the Columbia River Gorge. Also included in the collection are five prints of displays at the Lewis and Clark Centennial Exposition. There are also seven bound albums and one rolled copy of Henrichsen’s self-published panoramic photograph album of Portland in 1903. This collection may be of interest to individuals researching photography and the development of Portland.

Glass plate negatives are not available for direct access due to fragility. Researchers are asked to use digitized copies viewable online in OHS Digital Collections.

Materials in this collection are in the public domain.

Described by the Oregonian as the pioneer jeweler of Portland, Lars Christensen Henrichsen was born in Denmark in 1839 and became an apprentice to learn the watchmaker’s trade at the age of 14. In 1860, Henrichsen’s brothers, who lived in Vancouver, Washington, sent $500 for Henrichsen and his sister, Anna Marie, to come to the United States. They arrived in San Francisco in 1861, following a three month stop in Uruguay for ship repairs. Henrichsen secured a job with a local watchmaker during the stopover. After arriving in San Francisco, Henrichsen and his sister traveled to Vancouver. From there, Henrichsen rowed across the Columbia River and walked to East Portland, where he rode a ferry to the city. Henrichsen visited Portland’s three jewelers and secured a position with George Collier Robbins, whose store was located at the intersection of Front and Alder streets.

After a cold winter caused both the Willamette and Columbia rivers to freeze, business in Portland slowed and all three of the jewelry stores in the area closed. Henrichsen saw this as an opportunity to visit his brothers in Vancouver, where he rented a shop for watch and clock repair and continued for about a year. This was his first business venture. As the jewelry business picked back up in Portland, Henrichsen was offered a position by jeweler Jacob Cohen. He accepted, and when Cohen quit business in 1867, he sold his fixtures and safe to Henrichsen. Henrichsen’s first store was located at 149 Front Street. As the city grew, he moved to 149 First Street. A few years later, he relocated to Fourth and Washington and then to No. 386 Washington. His business, L. C. Henrichsen Company, was incorporated in 1896.

In 1903, Henrichsen self-published a 14-panel panoramic photograph titled, "Portland, Oregon: From Heights West of the City Looking East." His photography was also exhibited by the Oregon Camera Club, of which he was a member. Henrichsen died in Portland in 1924.

Online collection contains a selection of items from the full collection. The remainder of the collection can be viewed on-site at the OHS Research Library.

Gaston, Joseph. Portland, Oregon, Its History and Builders: In Connection with the Antecedent Explorations, Discoveries, and Movements of the Pioneers That Selected the Site for the Great City of the Pacific. Vol. 2. Chicago: The S. J. Clarke Publishing Co., 1911.