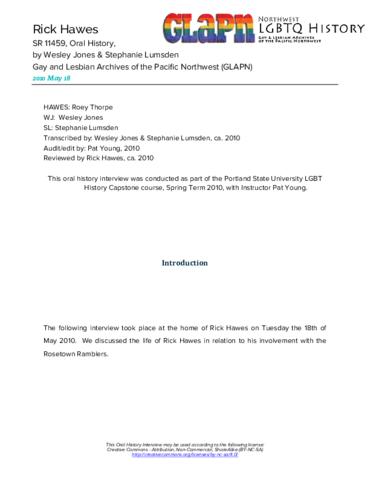 Richard C. Hawes, was born in Needham, MA in 1950. He attended the University of Massachusetts in Boston until he was drafted in 1971. Following his military service (served in Tacoma, WA and near Fairbanks, AK), he joined his wife who was living with relatives near Tigard, OR. Hawes came out of the closet circa 1984 and began enjoying square dancing with the Rosetown Ramblers at that time. Hawes subsequently served on the board of the Ramblers and in many additional support capacities.