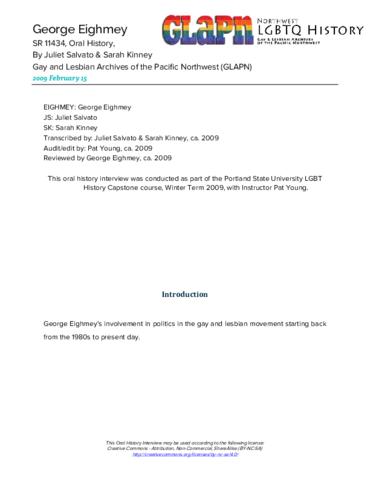 George Eighmey, Portland resident, was a lawyer and Oregon legislator involved with OGALLA (Oregon Gay & Lesbian Law Association) and organized political opposition to ballot measures brought by the Oregon Citizens Alliance during the 1980s and 1990s. Eighmey was instrumental in progressive causes including medical marijuana, ENDA (Employment Non-Discrimination Act), and Death with Dignity.