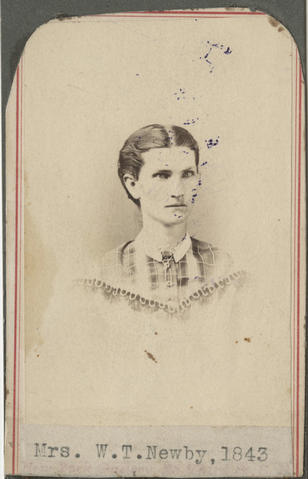 Sarah Jane McGary, born December 23, 1823, in Kentucky, who married William T. Newby in 1841 in Missouri, and started across the plains to Oregon in 1843. They settled in Yamhill County and obtained a donation land claim. William was an assessor in 1848 for the Provisional Government, and would be a state senator in 1870. They founded what would become McMinnville (named after Newby's home town in Tennessee), having built a grist mill in 1853 and a store in 1854. The town of McMinnville was platted in 1856. They had nine children. She died in Marion County on January 29, 1887.