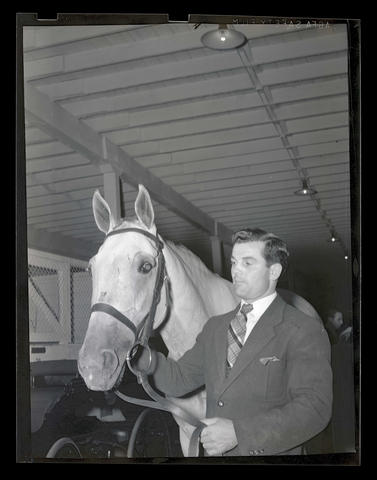 B. C. Tremaine? with Sky Crown

Photograph, taken indoors, showing a man standing next to a horse and holding the horse’s reins. The man may be B. C. Tremaine of Los Angeles and the horse is Sky Crown. The photograph was probably taken at the 1938 Pacific International Livestock Exposition in Portland. A photograph of the same man and horse, image No. 374N1184, probably taken on a different day than this image, was published in the Oregon Journal on Saturday, October 8, 1938. Also see related image No. 375A0010, which was probably taken at the same time as this photograph.