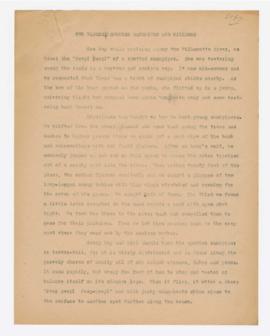 Manuscript describing the spotted sandpiper and killdeer, two of the best known birds that live among the river borders.