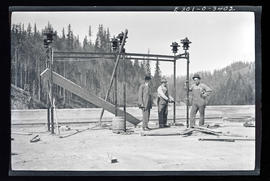 Photograph showing three men standing next to a metal utility structure at the top of the transformer house at the Little Sandy Dam. Two of the men are in work wear, while a third is wearing a suit and hat. Trees and hills can be seen in the distance. Written on the negative is “E301-0-3402.” 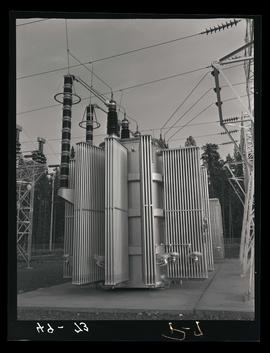 Photograph taken from a side angle, showing an electrical transformer, likely at an electrical substation. Several ceramic insulators can be seen at the top of the unit, as well as numerous attached electric lines. On the negative is written "49-73." 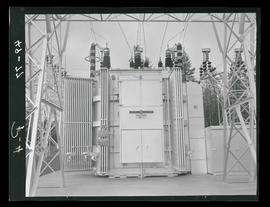 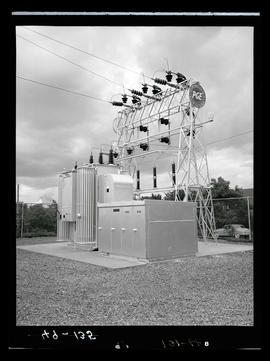 Photograph showing a transformer at the Fairmont substation in June of 1949. Above the transformer, numerous ceramic insulators can be seen, as well as a large "PGE" sign. On the negative is written "49-135," which is crossed out and replaced with "49-101."