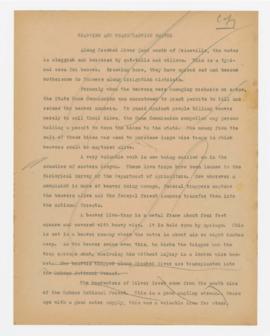 Possibly a rough draft of "Trapping and transplanting." 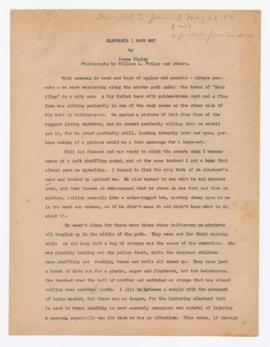 Elephants I have met 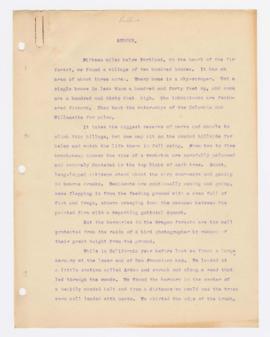 A lecture describing a trip to California to search for herons. 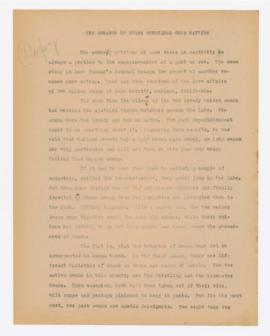 Manuscript chronicling the failure of introducing two male swans to two female swans who had been companions for a few years. The author points out that partners should be introduced in the first two years of life as swans mate for life. After such a long period of association, the two birds became dependent upon each other for all types of companionship long before the males were introduced. 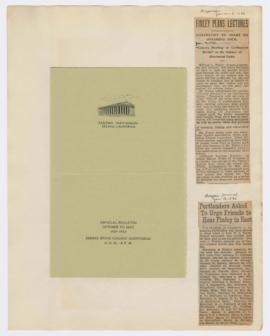 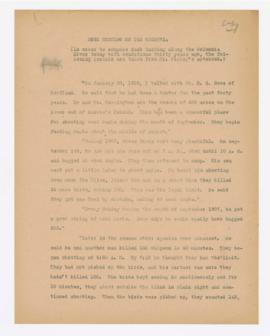 Duck hunting on the Columbia

Manuscript relating a conversation with H. S. Rowe, who along with Mr. Harrison, owned a large number of acres of land on Sauvie's Island, which happened to be excellent for duck hunting. Mr. Rowe went hunting in the year of 1907 with his son and netted the allotted amount of birds. Further comments about the plentiful number of birds for sport are included in the document. Later in 1913, a protection for migratory birds passed and closed down the hunting season. The author commented that despite the season being closed for 22 years, the number of ducks have not returned to previous numbers.