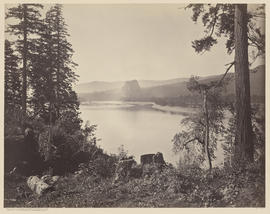 Distant view of Castle Rock, also known as Beacon Rock, across the Columbia River on the Washington side of the Columbia River Gorge. Taken from the McCrary farm in Oregon. OHS Collection includes 1 duplicate of this mammoth plate on a different mount. 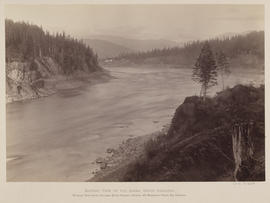 View of the Columbia River with the locks at the Upper Cascades visible in the distance.

Stereograph originally taken by Alfred A. Hart circa 1862-1869 and reprinted by Carleton Watkins, who acquired Hart's negatives in 1869. Hart was the official photographer for the Central Pacific Railroad.

Stereograph of the Oregon Railway & Navigation Co.'s Tunnel No. 3 on the Oregon side of the Columbia River Gorge, 1883 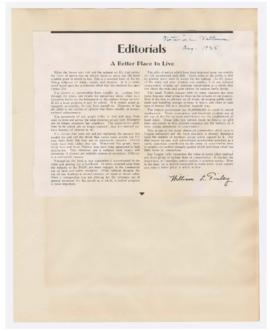 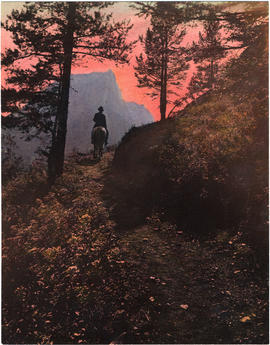 "Evening on the trail" 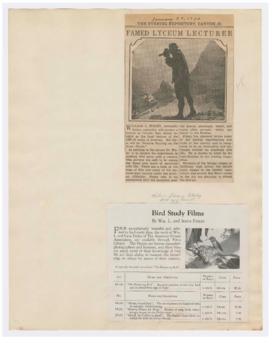 Advertisements for William Finley's films and lecture, "Camera hunting on the continental divide." 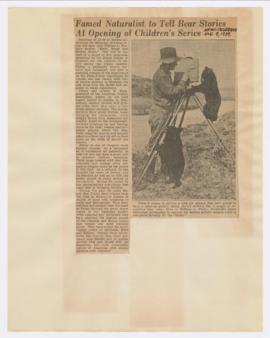 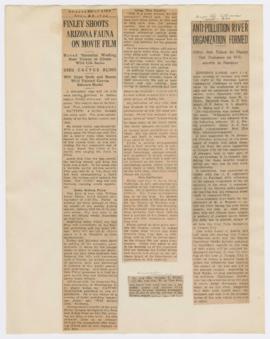 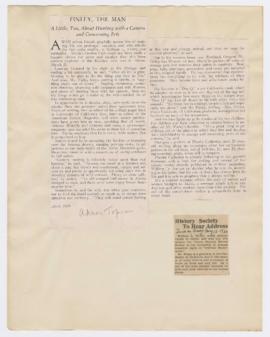 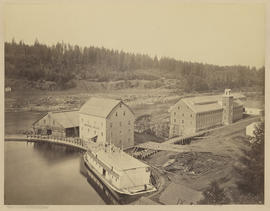 View of the Imperial Flour Mills on the left, and the Oregon Woolen Mills on the right. In the foreground, five men on a boat look up at the camera, including a man on the stern who tips his hat.

Person stands next to cannon at Fort Point, San Francisco. 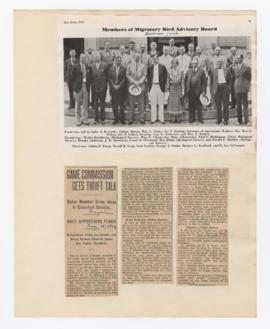 Newspaper clipping discusses the budget of the game commission and funds to improve game farms and hatcheries. Image of Migratory Bird Advisory Board members is included. 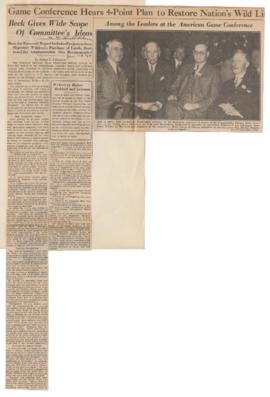 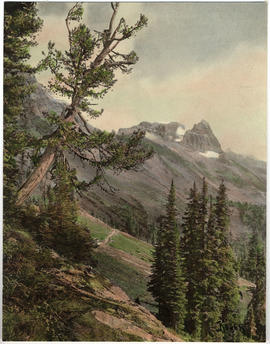 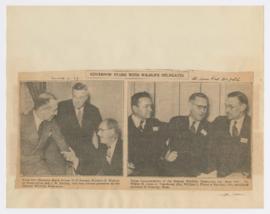 This album was originally owned in 1886 by Charles H. Prescott (b. 1839), manager of the Oregon Railroad and Navigation Co. from 1881-1887, and is inscribed with his signature and the date. Eight of the photographic plates have been removed from this album and matted; these loose plates are stored apart from the album in Box 7. 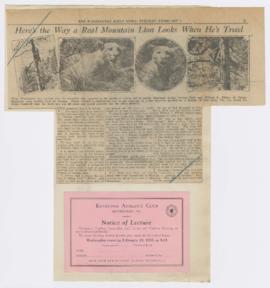