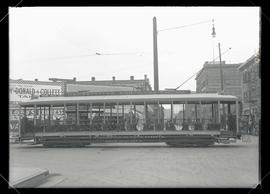 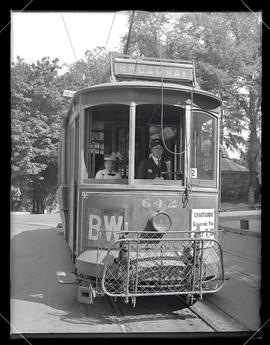 Photograph of car #642 with conductor and other individual at front of train. Car is traveling on train track with small dome building visible in background. 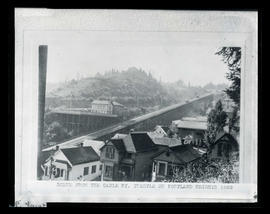 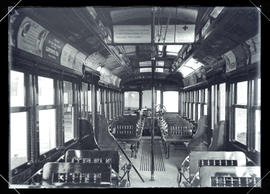 Photograph showing the interior of train car #1134. At the front of the car, a wheel and lever can be seen. Advertisements line the ceiling above the windows. 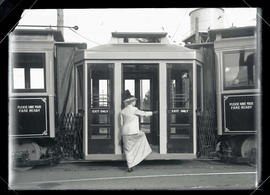 Woman getting on twin train

Photograph showing a women getting on a twin car train. The woman is wearing a hat with a veil and a striped dress. To either side of the woman, two other attached cars are separated by safety gates. (Image note: top left corner of glass negative is broken). 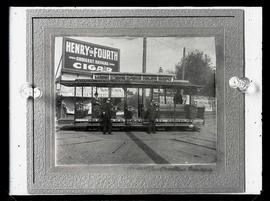 Photograph showing a cable car, with four men looking at the camera. Two of the men stand on the train while two stand in front. A large sign behind the train reads “Henry the Fourth, Choicest Havana Cigars.” On the side of the train is written “Portland Railway Company” and “Alder, Fifth, Jefferson and Chapman Sts.” The photograph is a reproduction of a pinned image (pins can be seen on the frame) 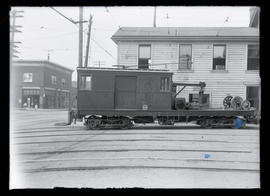 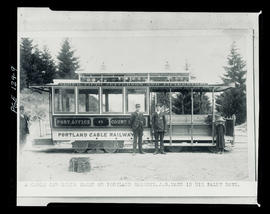 Photograph showing people standing in front of a Portland Cable Railway car, with “Alder, Fifth, Jefferson and Fifteenth St”written on the side. A child is visible on the right side of the image, and two men in conductor uniforms are in the center. The photograph is a reproduction of a pinned image (pins can be seen in the frame), with caption “ A cable car scene taken on Portland Heights. J.G. Mann in his palmy days.” 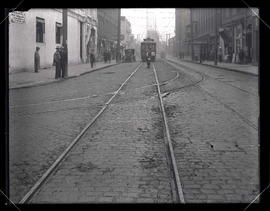 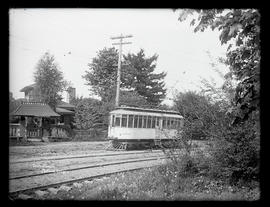 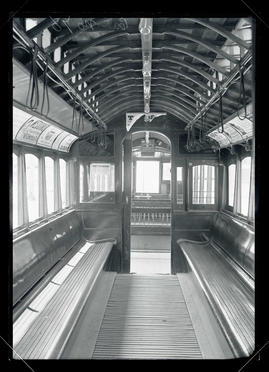 Photograph showing the interior of train car #78. A doorway separates passenger seating from the drivers area, and advertisements can be seen along the ceiling. Electric lights line the center of the car. 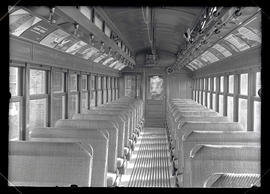 Photograph showing the interior of train car #1098 with rows of seats and closed door. Advertisements line the ceiling above the windows, and two rows of electric light bulbs can be seen at either side of the car. 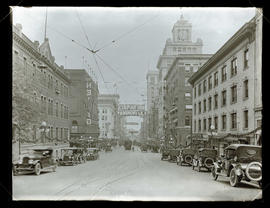 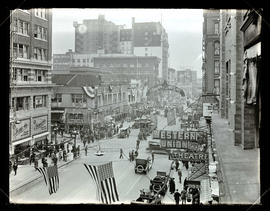 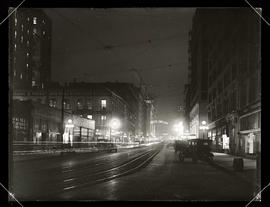 Photograph taken at night, looking south on SW Broadway taken near the intersection with SW Taylor St. Electric lights and signs line the street, with street car tracks and parked automobiles. A large lighted sign is strung across the street with “Hotel Oregon” written. 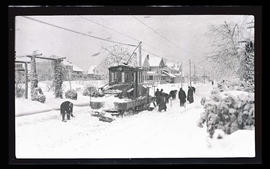