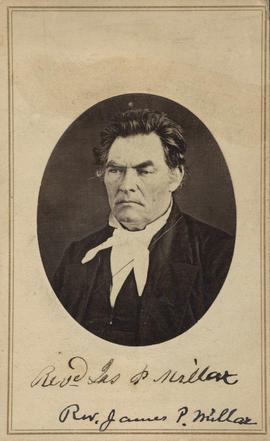 Reverend James P. Millar/Miller, a minister of the United Presbyterian church. He was killed at Canemah, Oregon Territory, on April 8, 1854, by the explosion of the steamer Gazelle. His wife, Amanda, suffered two broken ribs from the incident. They had been living in Albany at the time. 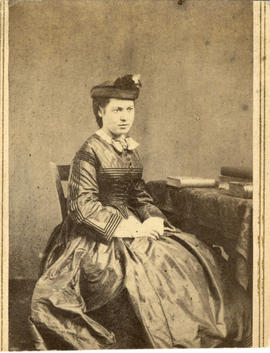 Labeled as being Clara (Smith) Crosby, but she was the wife of Alfred Crosby. The matching card to this one is of Nathaniel Crosby, Jr. His wife was Mary (Lincoln) Crosby. 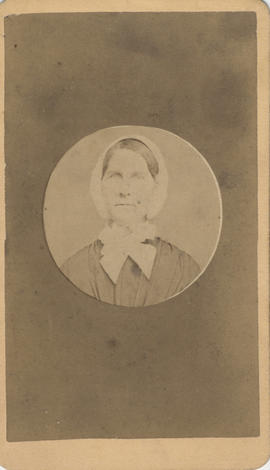 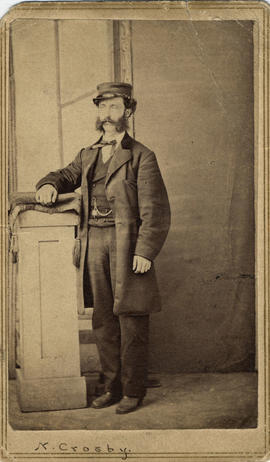 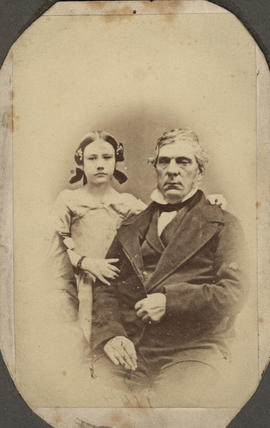 Francis Ermatinger, prominent member of the Hudson's Bay Company, with girl who is either his granddaughter or his niece. 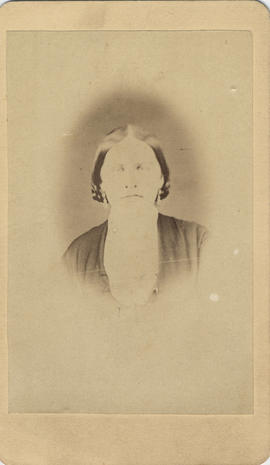 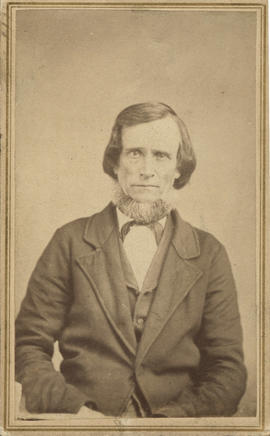 Reverend Lewis Hubbell Judson, pioneer of 1840. One of the reinforcements of the Methodist Episcopal Church, Rev. Judson is said to have arrived on the sailing vessel 'Lausanne' in 1840. He was born in New York, settled in Marion County, and died in Salem in 1880. 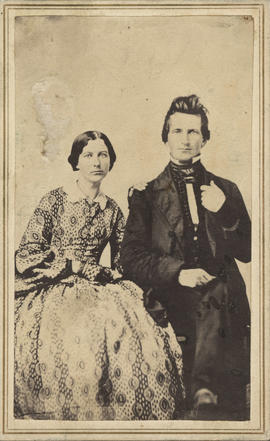 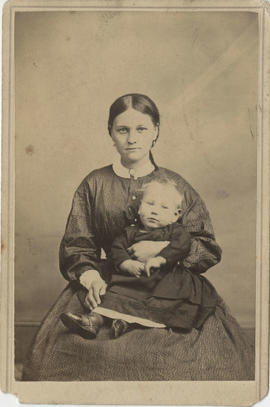 Mary (Bryant) Conway Lockwood, pioneer of 1852, with her first son, who must have died before 1860. She married William Conway on September 1, 1849, in Montgomery County, Indiana. She married Reuben Lockwood, a physician, in Portland in July 1855. 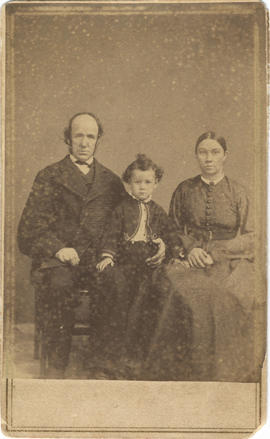 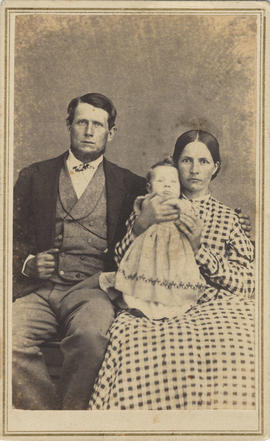 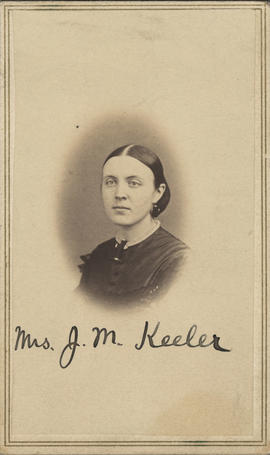 Sylvia M. Marshall, who married Julius M. Keeler, a teacher in early Portland and Forest Grove. They had one surviving son, Percival Keeler, who was born in 1853 in Oregon, and was a bookkeeper in San Francisco in 1880. She died in 1858 in Napa, California. 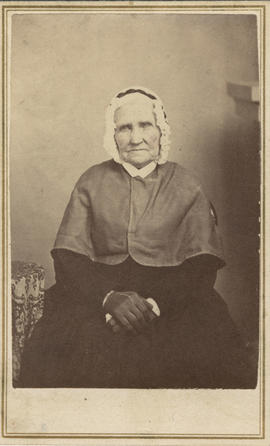 Portrait of Nancy B. Courtney, or Courtnay, pioneer of 1845 from Illinois. 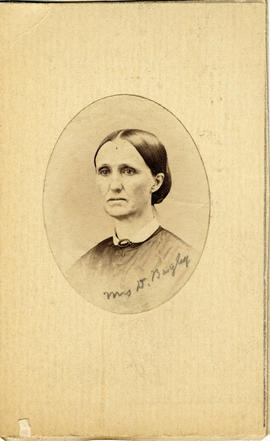 Susannah Rogers Whipple, who married Rev. Daniel Bagley on August 15, 1840. She was born in 1819, raised in Massachusetts, and died in Seattle in 1913. Their son was Clarence B. Bagley. 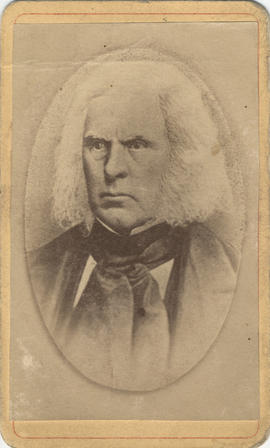 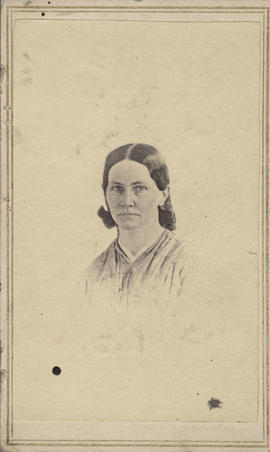 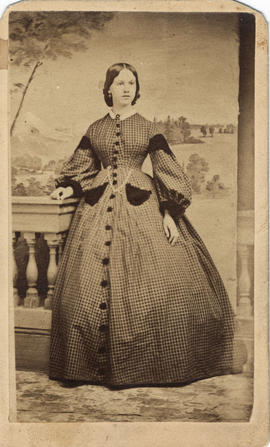 Emily Phelps Corbett, who married Henry Failing in Portland, October 21, 1858. She was the younger sister of Henry Winslow Corbett, and a pioneer to Oregon in 1851, via the Isthmus of Panama. 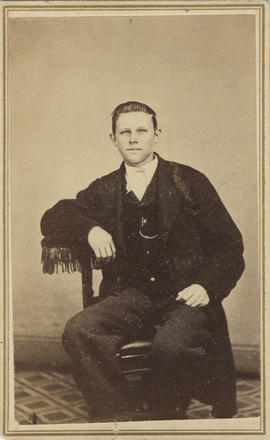 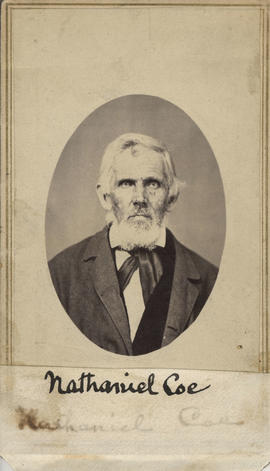 Portrait of 1851 government postal agent, Nathaniel Coe. Settled near Hood River, in Wasco County, Oregon. He was born about 1789 in New Jersey. 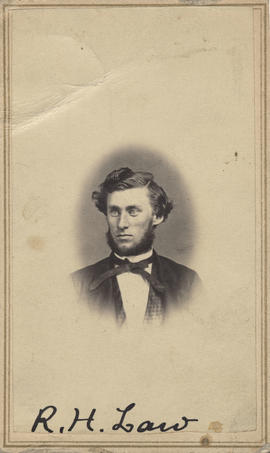 Robert Henry Law, commission merchant and dealer in wagon supplies in Portland and The Dalles, from the late 1850s to 1865, the year of his death. He was born in about 1820 in England. 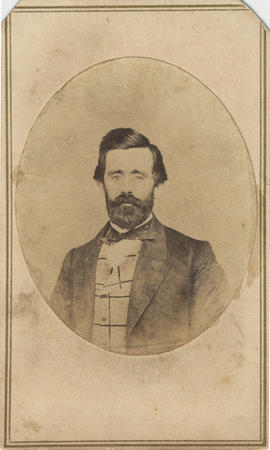 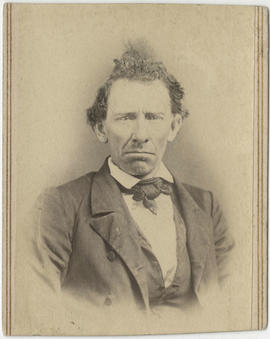 Stephen Dully (or Dudley) Ruddell, who came to Thurston County, Washington Territory, in 1852. He was born on June 16, 1816, in Bourbon County, Kentucky. He became the first Territorial Assessor and County Commissioner in 1853, and was one of the signers of the Congressional Memorial establishing the Territory of Washington, in 1853. He joined the Washington Volunteers of 1855-56 and was involved in the Indian Wars in Puget Sound. He married Margaret M. White, a recent widow, on February 15, 1857, in Thurston County. Stephen died September 10, 1891, in Olympia. 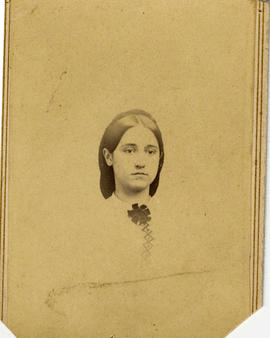 See prior photo for description. 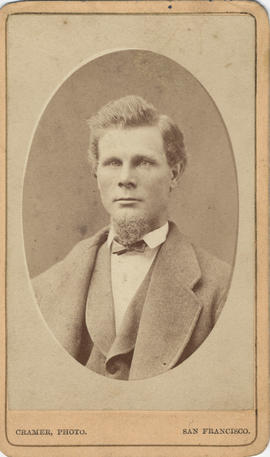 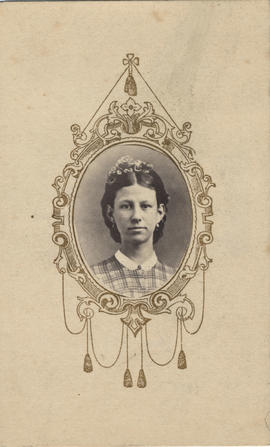 May be Mary Sophia Gray Tarbell (1842-1895), the sister of Caroline (Gray) Kamm and Sarah (Gray) Abernathy. She was the daughter of William H. and Mary (Dix) Gray. She married Francis Tarbell. 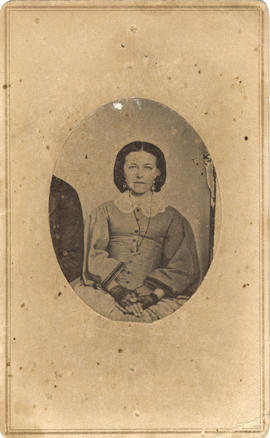 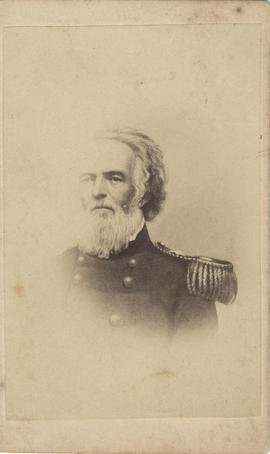 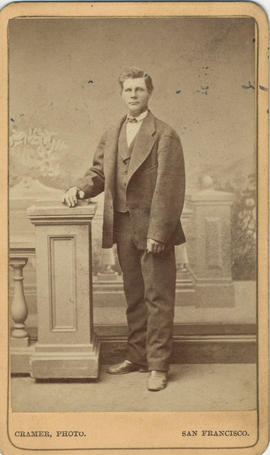 Jesse East, born about 1837 in Missouri.