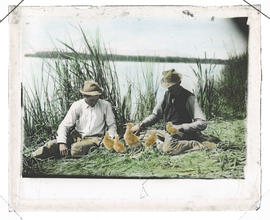 Bohlman and Finley with gull chicks 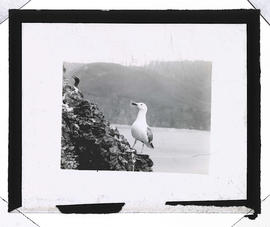 Unmounted lantern slide of a single western gull on the slope of a rock with a view of the shore. Original negative: OrgLot369_FinleyA2485.