The collection consists of correspondence, journals, ship logs, administrative records, and ink sketches relating to the ship Columbia Rediviva. A mix of original materials and reproductions are present. Among the originals are: the journal of John Hoskins, written during the Columbia's journey around the world in 1791-1792; the journal of George Barrell, 1806, written on board the brig Venus from Boston to Malaga, and on the schooner Louisiana from Malaga to New York; Barrell's account of stores on board the Columbia, 1792-1793; letters of Joseph Barrell to Samuel Webb, 1785-1801, and to John Hoskins, 1790; letters from Colburn Barrell and Robert Haswell, 1801; owner's accounts, 1787-1793; accounts of the Columbia and Lady Washington, 1787-1790; receipts; and four ink sketches by George Davidson depicting incidents in the voyages of the Columbia.

The reproductions held in this collection include the journals of Robert Haswell and Owen Smith, 1787-1789; and a file of receipts and other papers concerning outfitting of the Columbia, 1790 (on microfilm). Also included are publications of Robert Gray's wife Martha's petition to congress for a pension and memorial, 1848-1852. 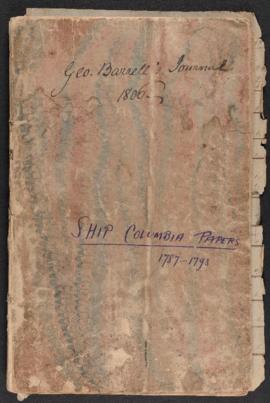 A hand-bound book containing George Barrell’s Journal, 1806, Tho. Davis’ Journal, 1806, and Ship Columbia Papers, 1787-1793. The George Barrell journal records his voyage on the Brig Venus from Boston, Massachusetts to Malaga, Spain. It covers the dates from July 13 to September 14 1806. The Tho. Davis journal records the return voyage on the Schooner Louisiana from Malaga to New York. It covers the dates from September 28, 1806 to November 30, 1806. For both journals a more legible transcription on smaller, lined paper is sown into the binding. The account of stores for the Ship Columbia covers expenditures and use of supplies from June 23, 1792 to May 27, 1793. The accounts include a log of cargo taken onboard in Canton in January, 1793. 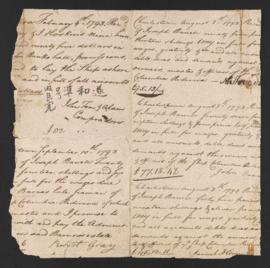 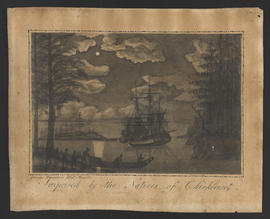 Surprised by the Natives at Chicklerset

An ink wash painting signed by George Davidson, the illustrator on Robert Gray’s second voyage on the Columbia Rediviva. The painting, titled, “Surprised by the Natives at Chicklerset,” depicts people launching canoes from the shore while the Columbia Rediviva is in the distance. 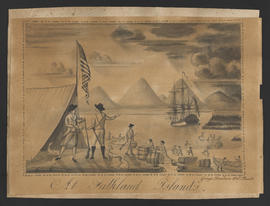 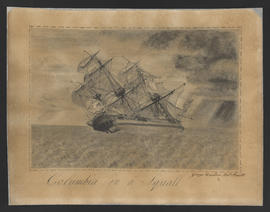 Columbia in a Squall 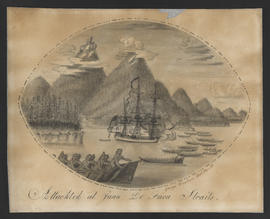 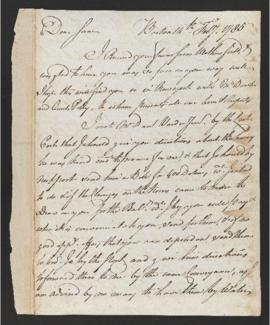 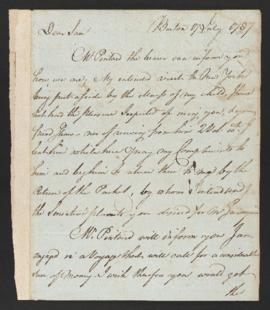 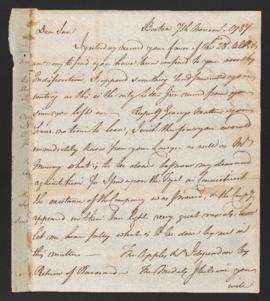 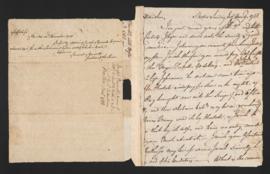 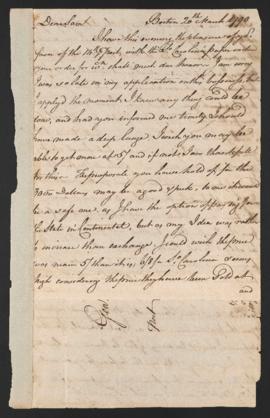 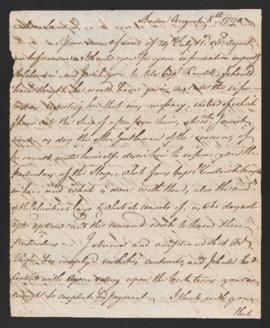 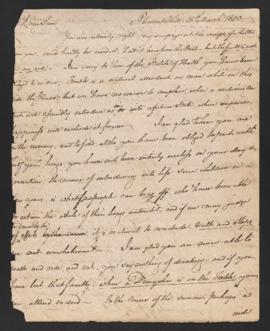 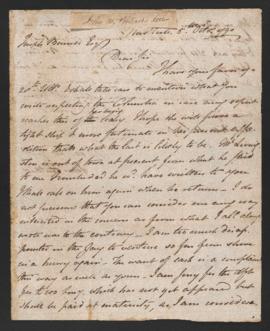 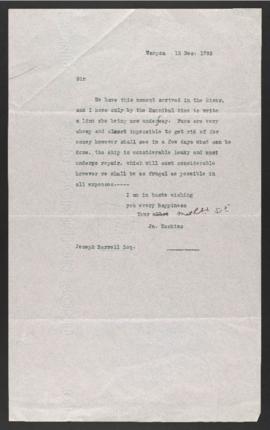 Typescript copy of a letter from John Hoskins to Joseph Barrell

Typescript copy of a letter from John Hoskins to Joseph Barrell. The letter was sent from Wampoa, Canton, China reporting on the low price for furs in the port and informing Barrell that the ship must undergo repairs before leaving port. 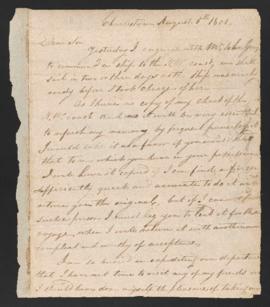 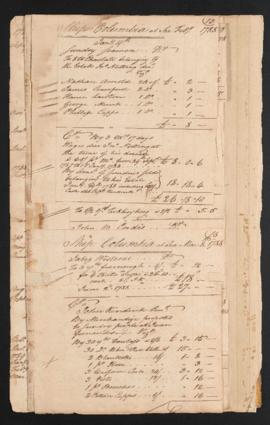 An owner’s accounts ledger for the ship Columbia Rediviva accounting for roughly the years of 1787 to 1789. The document contains 11 pieces of varying sized paper adhered in layers to a ledger page backing. 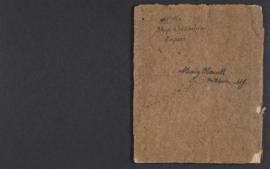 a hand-bound logbook containing cargo lists and a ledger of Joseph Barrell’s Boston accounts. The front cover of the book reads, “all the Ship Columbias Papers / Mary Barrell / Millburn, N.J.” The first 15 pages of the book contain a copy of the 1787 cargo lists of the Columbia Rediviva and the Sloop Washington. Joseph Barrell’s accounts book backfills the last 20 pages of the logbook beginning from the back cover of the book and written upsidedown to the first half of the text. There are 18 blank pages separating the two sections of the book.

An invoice written by Robert Gray for the receipt of a shipment of seventeen and a half chests of Bohea tea sent by Joseph Ingraham on the Columbia Rediviva from Canton, China to Thomas H. Jenkins in Boston, Massachusetts. 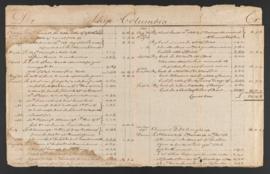 Accounts for the Ship Columbia

An accounts ledger for the Ship Columbia (Columbia Rediviva) tracking expenditures from 1790-1793. 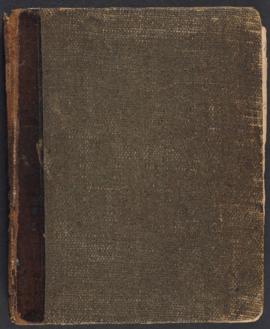 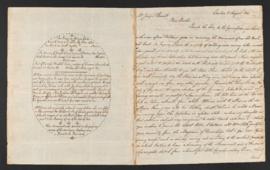 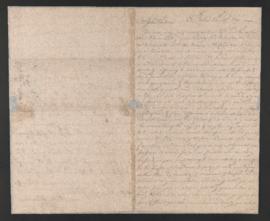 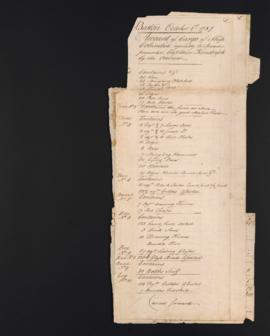 An account of cargo for the Ship Columbia and Sloop Washington covering the dates from October 1, 1787 through January, 1788. The log includes a record of the cargo aboard the ships when they left Boston on the state of the voyage and fragmented records of expenditures and supply use through January, 1788. The document contains 7 pieces of varying sized paper adhered in layers to a ledger page backing.