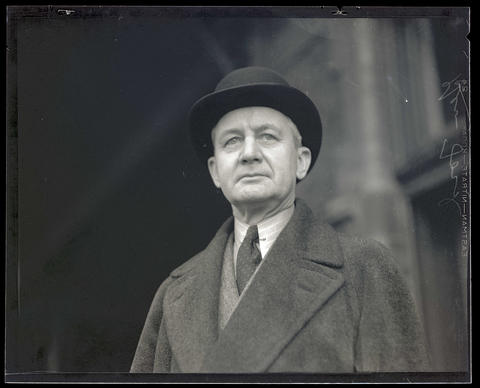 Head and shoulders portrait of Brigadier General Stanley H. Ford facing slightly left. He is wearing a hat, overcoat, collared shirt, and tie. The photograph was taken after his arrival in Portland on February 20, 1933, to take command of the 5th Brigade at the United States Army post in Vancouver, Washington. The text “Gen Ford” is written on the negative and is visible on the right side of the image. See related image No. 371N0864.