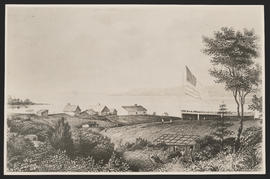 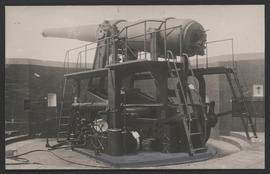 A photographic postcard with a view of a disappearing gun in the battery (firing) position at Fort Stevens, Oregon.