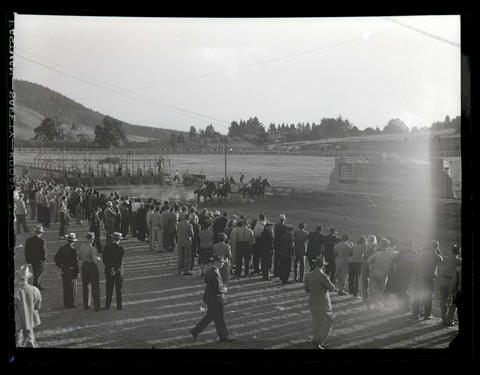 Photograph of spectators watching the beginning of a horse race at the Multnomah County Fairgrounds racetrack in Gresham, Oregon. The scoreboard lists the race as Race 5; among the horses listed on the board are Sir Duora, Little Boy, Flor De Amor, and Green Jade. The photograph could have been taken during the Multnomah County Fair, which included horse racing. The number 6 is written on the negative. Image note: Light leak on negative.