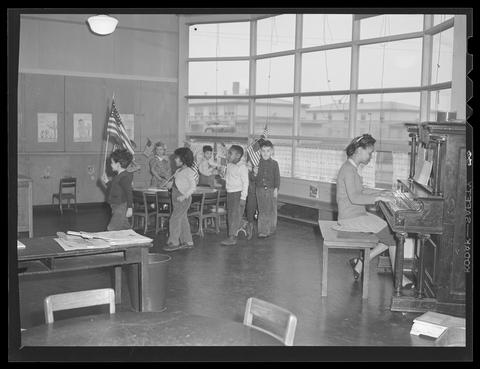 Alfred Anthony Monner was born on August 1, 1909, in Northeast Portland, Oregon. After spending much of his adolescence in the Kaskela and Madras areas, he later returned to Portland to attend Washington High School. Around this time, he also developed an interest in photography. After briefly attending Linfield College, he worked for Brubaker Surveys doing aerial photography, and as a printer for Photo Art Studio.

From 1936 to 1938, he worked as a photographer for the Oregonian newspaper in Portland, before being laid off. In 1938, he was hired as a photographer for the Oregon Journal newspaper, where he would stay until 1975. During his time as a photographer in Portland, Monner maintained friendships with fellow photographers in the area, including long-time friend Ray Atkeson. In the 1930s, he met Minor White, then a young freelancer living in Portland, and Monner later took master classes from him after White gained national recognition. Monner was also a member of the Oregon Camera Club. Beyond his commercial work for the Journal, Monner maintained a long-term personal interest in photography. He created photographs of Portland's Roma community, still-life scenes, landscapes, and portraits of everyday life in Oregon.

An avid outdoorsman as a young man, Monner was a member of the Mazamas, a mountaineering group in the Portland area, and was later a founding member of the Wy'East Climbers. Despite not considering himself a real climber, he summited Mount Hood 12 times, and also climbed Mount St. Helens. He continued to be a regular climber until the 1960s.

After retiring, Al Monner continued to take photographs for the Portland Art Museum. He died in 1998 after suffering a series of strokes.

A teacher plays piano as children circle around a table, at Vanport School. The children are holding small United States flags (negative 1 of 9).