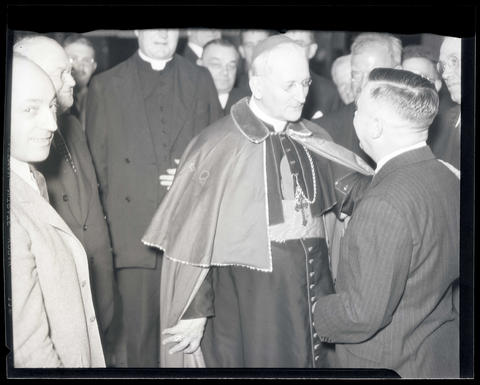 Photograph of Cardinal Alexis Henri Marie Lépicier speaking with Portland Mayor Joseph K. Carson, possibly at a farewell dinner for the cardinal at Hill Military Academy in Portland on Thursday, August 16, 1934. The cardinal had traveled to Portland from Rome to attend the Marian Congress, held at the Sanctuary of Our Sorrowful Mother (The Grotto) from August 12-15, 1934.