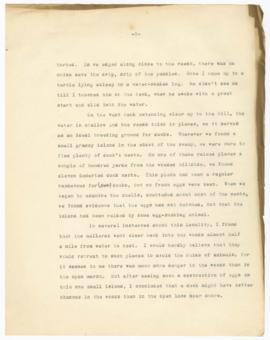 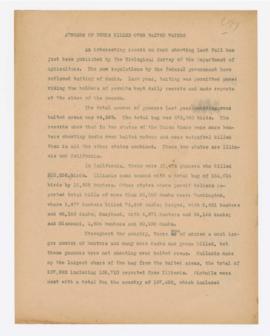 Records of ducks over baited waters

Manuscript that delves into the game records for duck hunting, finding that the two states with the largest number of birds bagged were permitted to use bait. The author explains that the reason why there was such a concentration of birds in California and Illinois, is that they lie on the most naturally attractive waterways. Other states are mentioned, but the main focus is on California and Illinois. The document goes on to say that the practice of baiting creates an unfair advantage and those that do not bait tend to later follow after seeing the baiters' success. The federal government banned the use of bait in respects to duck hunting. 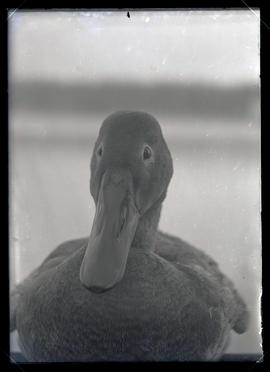 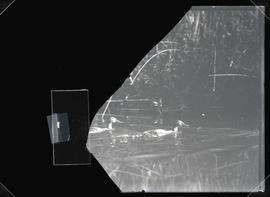 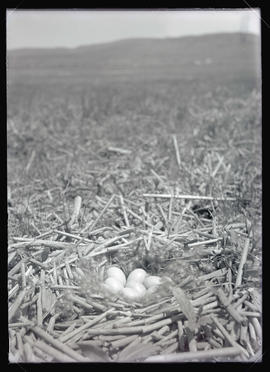 A mallard duck nest and eggs in tule drift on Adams Ranch. 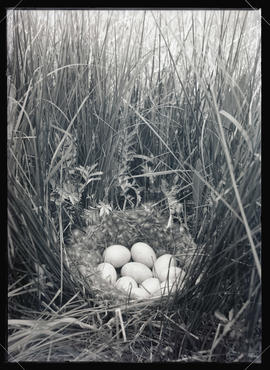 A Mallard duck nest and eggs. 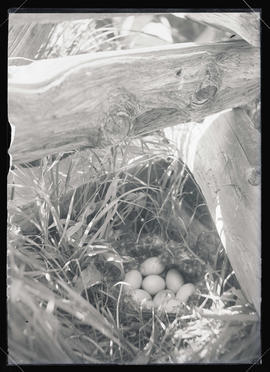 A mallard duck nest and eggs in the corner of a rail fence. 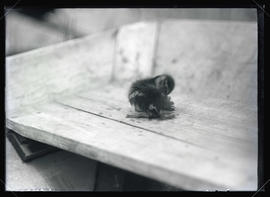 A mallard duckling lousing in the rear seat of the boat. 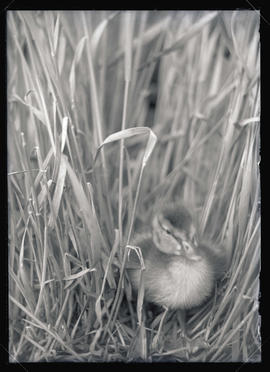 A young mallard asleep in the grass. 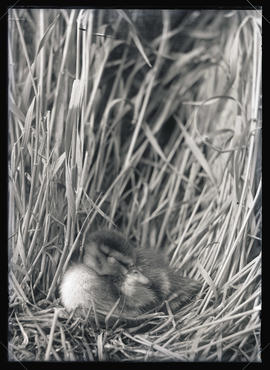 A young mallard in the grass. 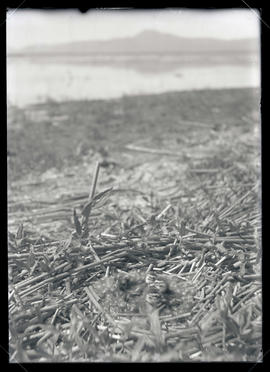 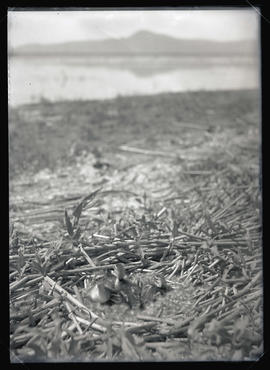 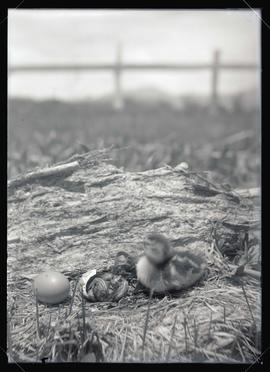 A pintail duck egg, partially developed embryo, and recently hatched chick lined up to illustrate the progression of development.

A pintail nest with seven eggs in the corral. 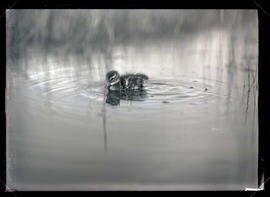 A single young pintail duck on the water. 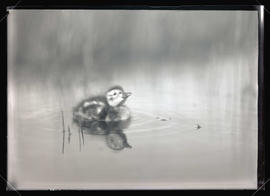 A young pintail duck on the water, drinking. 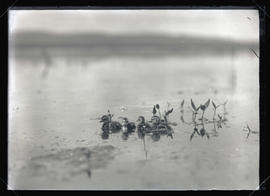 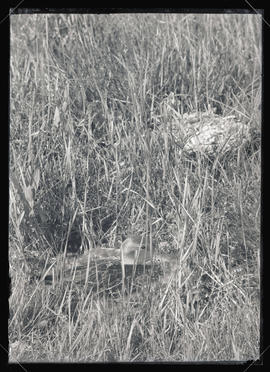 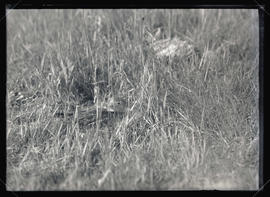 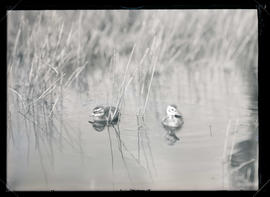 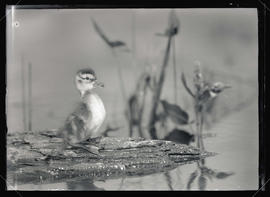 A pintail duckling perched on a piece of wood floating in the water. 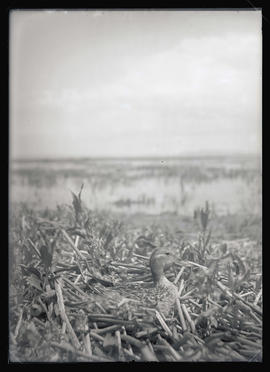 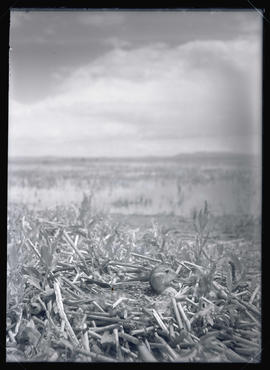 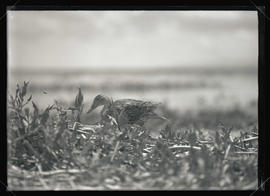