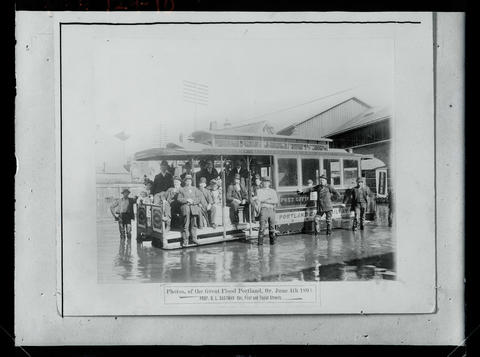 Photograph showing a cable car during the “Great Flood of Portland” in 1894. Several men and women sit in the car, and four men stand in the water, all looking at the camera. On the right side, a woman and a baby are visible. The photograph is a reproduction of a pinned image (pins can be seen on the frame), and the caption reads “Photos, of the Great Flood of Portland, Or. June 4th 1894.” Also on the caption is written “Pro. G. L. Eastman Cor, First and Taylor Streets.”