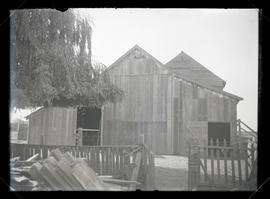 Barn with Barn Owls Nesting Inside

View of a barn in which barn owls are nesting. Barn owls not visible in image. 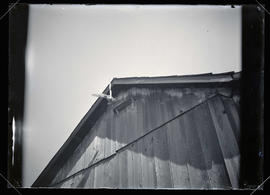 Barn owl flying from roost in the eaves of a barn. 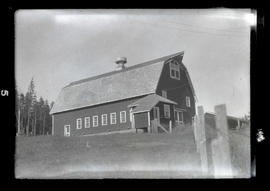 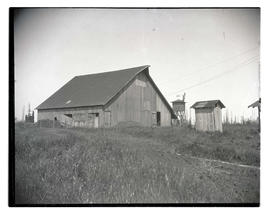 Photograph showing the Senti family barn near Vancouver, Washington, where Tobias Senti killed his wife. A cropped version of this photograph was one of four that were published on Page 2 of the Oregon Journal on Wednesday, April 25, 1928. The photographs were published under the headline “Family of Four is Wiped Out.” They had the caption: “Scenes at the Tobias Senti home north of Vancouver [Washington], where Senti on Tuesday slew his wife and little son and daughter with a hatchet, and then blew himself to eternity with dynamite.” This photograph had the following additional caption information: “Barn in which the body of Mrs. Senti was found.” The photographs accompanied the continuation of a front-page story about the deaths. See related image Nos. 371N3380, 371N3508, 371N5861, and 371N5875.