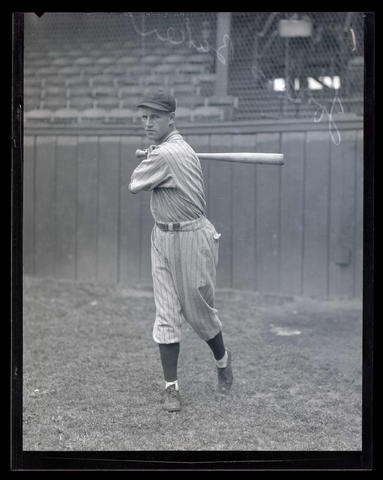 Portrait of a player, possibly for the Seals, wearing a baseball uniform and holding a bat. Behind him are empty stands. Writing on the negative, visible on at the top of the image, identifies the player's last name as Baker, but the spelling of his first name is not clear. It may begin with a "J" or a "T."