5 Collections results for Airplanes--Maintenance and repair 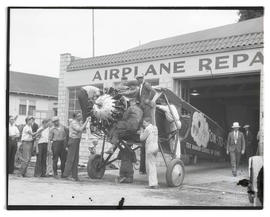 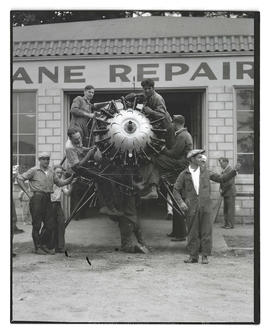 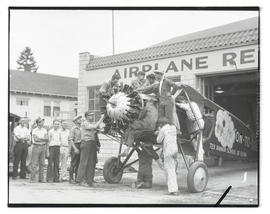 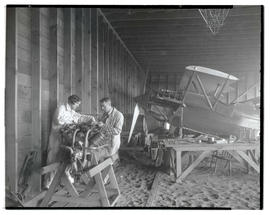 Photograph showing an unidentified woman and man in a hangar, working on an airplane engine in a wooden cradle. A monoplane is partially visible behind them. The words “Lt. Gordon” and “Chief” are visible on the side of the plane. 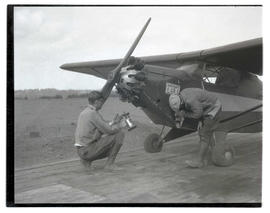 Photograph showing two unidentified men with a monoplane. The man at left is crouching in front of the plane and holding a sprayer. The man at right is bending over and using a rag on the plane’s nose. See related image No. 374N0272.